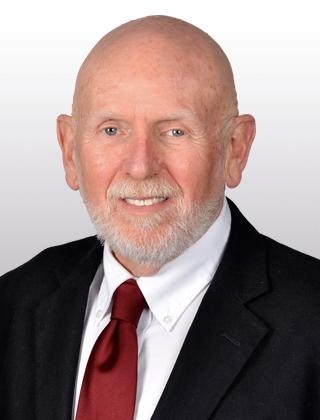 Thank you for watching Eyewitness News!

August 2012 marked my 30th year at WCHS-TV8. Being a native West Virginian has provided me with the knowledge to cover local news, but I've also worked as a broadcast journalist in Minneapolis, Cincinnati, Columbus and West Palm Beach, Fla. My background includes writing and producing major market television newscasts, pioneering work with cameras in the courtroom and live electronic news gathering including disaster coverage of the most serious fire in the United States since World War II. As my wife says, "If it blows up, crashes, chemically leaks, catches on fire or goes on strike, Bob's there!"

I live in Cross Lanes with my wife, Kim. Our son, Adam, attended West Virginia University. My oldest son, Craig, followed in my footsteps by graduating from Northwestern University's School of Journalism. My first grandchild was born in 2010, and now am now a proud pawpaw twice! The Aaron family, as a hobby, owns a mule, a Sphynx (hairless) cat and Standard Poodle.

For story ideas, email be at baaron@sbgtv.com